Hall of Fame inductees are graduates of Claremore High School and serve as testaments to the education available to Claremore Public Schools students. CPS alumni hold positions of influence in education, government, and private industry across the country.

During the Hall of Fame banquet, the Pixley’s were described as “The All-American family”.

The Pixleys have been a contributing force in Claremore. In addition to their presence as business owners – Pixley Lumber Company was established in Claremore in 1963 – Warren was instrumental in keeping the land where Claremore Regional Hospital would be built and supporting a change to a city manager form of government. Warren was a recipient of the Claremore Chamber of Commerce Citizen of the Year Award and named Most Progressive Citizen by the Claremore Daily Progress. Patricia was a tireless volunteer, helping to initiate the Auxiliary at Claremore Regional Hospital and the community Meals on Wheels program, and served on the Rogers State University Board of Regents from 1987-1994.

Paul began his career with Pixley Lumber following graduation from Oklahoma State University in 1972 and serves as President and Chairman of the company. He is a recipient of the Citizen of the Year awarded by the Claremore Chamber of Commerce. He and his wife, Beverly, also a CHS grad, have three sons, all graduates of Claremore High School.

Mary has spent her career at Pixley Lumber Company following her attendance at Oklahoma State University. She and her husband, Tom, a Claremore School graduate, raised two sons who also graduated from Claremore High School. Ruth has taught in the Claremore School System for more than 30 years. She and husband Ross, also a Claremore High graduate, raised two sons who graduated from Claremore High School.
John graduated from OSU in 1981 and the Graduate School of Banking of the South, Louisiana State University. He began his career in banking in 1977. He is currently President at Mabrey Bank in Tulsa and is married with two children. Joe graduated from OSU in 1985 and then earned a master’s degree from the University of Texas in 1986. He began a career with IBM and is currently IGF Services Financing Sales Leader in Tulsa. He is married with three children. 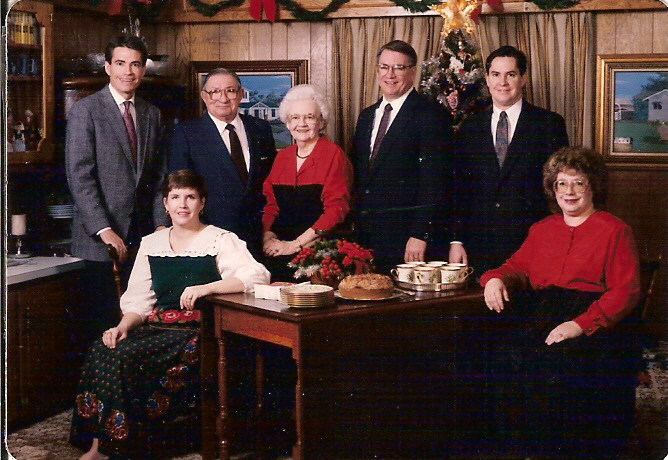 Miller attended Claremore Schools from 1941-1948. He continued his education at the Oklahoma Military Academy (now Rogers State University) where he received his high school diploma in 1950. Upon graduation from OMA, he attended the University of Oklahoma earning a B.S. in chemistry, an M.S. in math, and a Ph.D. in Biostatistics.

Miller was appointed to the faculty at the OU Medical Center. In 1967, he became an Associate Professor at Tulane Medical School and School of Public Health and Tropical Medicine. In 1970 he joined the faculty of the Medical University of South Carolina. Miller both taught and was a research consultant at MUSC – teaching biomedical computing, information systems, preventative medicine and public health, biometry epidemiology and marine biology.

In 1995, he retired as Chairman Emeritus of the Department of Biometry and Epidemiology of the Medical University of South Carolina. Dr. Miller received innumerable honors including American Men of Science, the FDA’s Harvey W. Wiley Medal, Leaders in American Science, and Sigma Xi National Lecturer.

“Education is a great equalizer. It allows an individual to minimize the effects of disparities in opportunities for those of different social and economic backgrounds. It levels the playing field or genders, religious groups, those with disabilities and different ethnic backgrounds.” ~M. Clinton Miller, III PhD 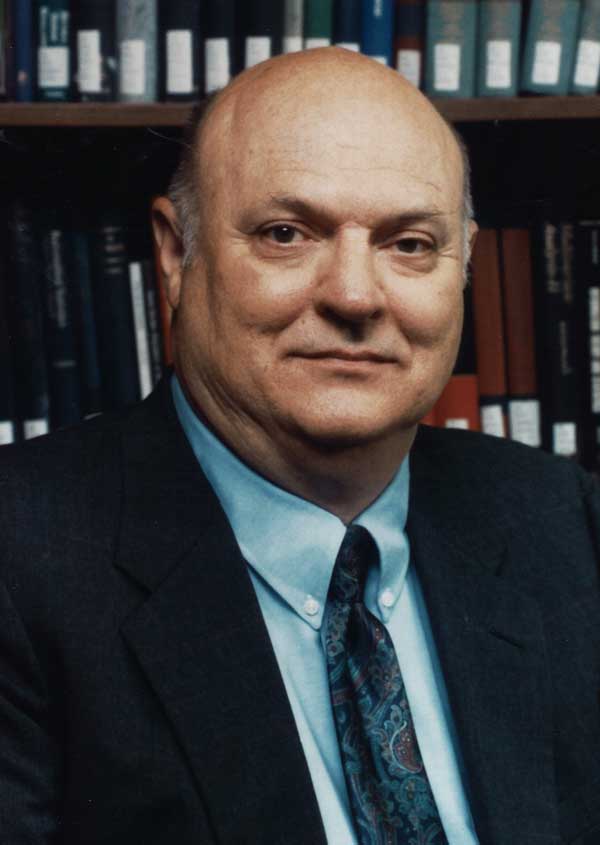 Thomas Lane graduated from Claremore High School in 1940 and Liz graduated in 1942. Thomas attended Oklahoma Baptist University then continued in a graduate music program at the University of Southern California. He became minister of music at Bellevue Baptist Church where he remained for 38 years before retiring. He was presented an Honorary Minister of Music Emeritus Award. He received the OBU Alumni Achievement Award and the B.B. McKinney Foundation Music Award.

Mrs. Lane had a career in music and education, dating back from her high school days at Claremore. She earned a Bachelor of Music Education at OBU and a master’s from Memphis State University. She has been a classroom teacher, elementary supervisor, and instructional consultant with certification in music. After 40 years in education, she retired in 1995.

OBU awarded her the Alumni Achievement Award for distinguished achievement as a teacher, educational teacher, and church woman. She was inducted into the Tennessee Teacher Hall of Fame in 1995. She was awarded the Distinguished Administrator Award by Shelby County School and Environmental Administrator of the Year by the Tennessee Environmental Education Association.

“In 1 Corinthians 12, the writer, Paul, describes a diversity of spiritual gifts. One gift he mentions is teaching. He goes on to say in 1 Corinthians 13 that one can have many spiritual gifts, but they are not worthwhile if you don’t have love. Our philosophy of education is simply that you must have love – Love for God, Love for children, Love for self, and love for teaching. All these in this order” ~Dr. Thomas and Elizabeth Lane 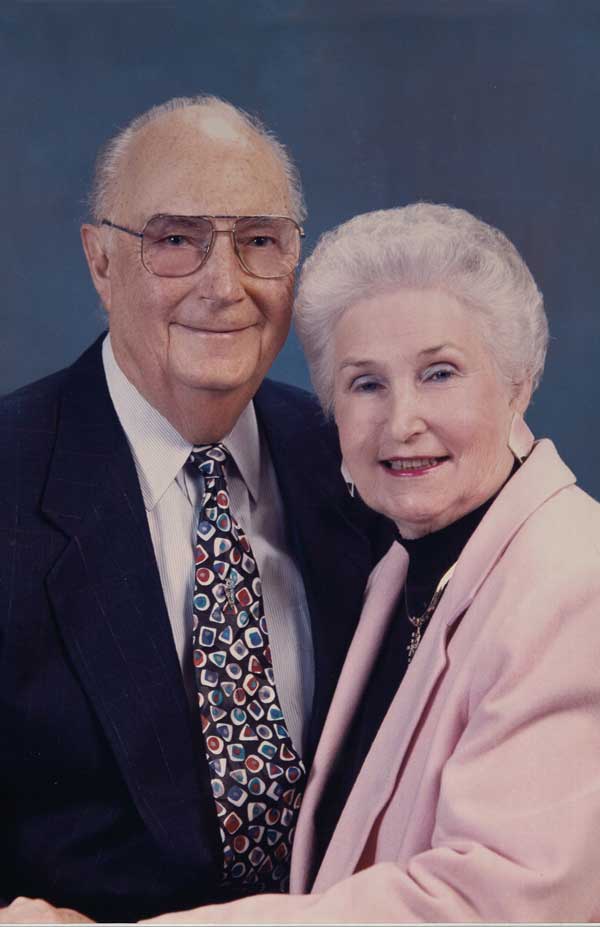 Robson graduated with the CHS Class of 1947. Upon graduation from Oklahoma State University, he began his business career as a door-to-door salesman. He then worked at the Tulsa Stockyards becoming an independent cattle trader and a livestock order buyer. Eventually, he purchased the Claremore Ice and Cold Storage and continued with commercial real estate investments through his company Robson Properties. Robson served on the Claremore Public Schools Board for 15 years. In 1988, he was responsible for establishing the Claremore Public Schools Foundation.

His statewide support of education led to him being named a Rogers State University Jefferson Fellow, received the Distinguished Alumnus Award from Oklahoma State University, named a trustee for the Oklahoma Foundation for Excellence, and was named 1987 Claremore Citizen of the Year. Robson and his wife, Ludmilla, have three sons, all graduates of Claremore High School.

“The Claremore Public Schools Foundation’s purpose is to make a difference in the life of a child through education. Education is the foundation of our society. To have an inquisitive mind, a desire to learn, and the incentive to use your knowledge is a must in today’s competitive society.” ~Frank C. Robson 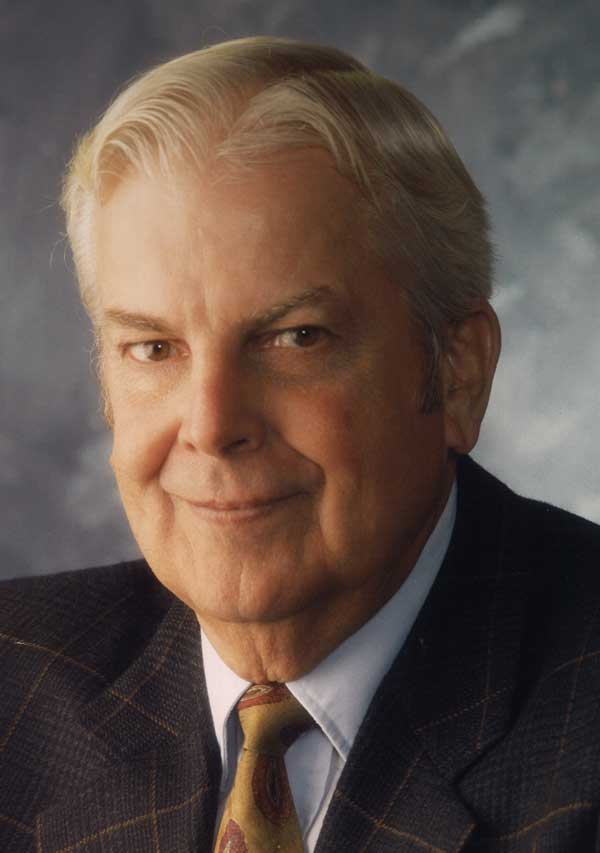 Darnell Jones is a 1968 graduate of Claremore High School. He was sworn in as a judge of the United States District Court for the Eastern District of Pennsylvania after nomination by President George W. Bush in 2008. He previously served as President Judge of the Court of Common Pleas for the First Judicial District of Pennsylvania from December 2005 until 2008. During his tenure as President Judge he was appointed Chair of the Administrative Governing Board (AGB) of the First Judicial District by the Supreme Court of Pennsylvania. Judge Jones began serving as a judge in the Court of Common Pleas in Philadelphia, Pennsylvania in 1987 after serving as a trial attorney, and subsequently Chief of the Family Court Division at the Defender Association of Philadelphia. Judge Jones obtained his bachelor’s degree from Southwestern College in French Education, and his J.D. degree from American University, Washington College of Law.

Judge Jones is a member of the University of Pennsylvania American Inn of Court; the Thomas R. Kline Law School Board of Drexel University, and the Advisory Board of the – Law & Economics Center Judicial Education Program at the Antonin Scalia Law School, (previously George Mason University School of Law). He is a founding member of The American College of Business Court Judges. He is a member of the Model Civil Jury Instructions Committee for the Third Circuit. In 2012, Judge Jones was appointed to the Committee on Criminal Law of the Judicial Conference of the United States by Chief Justice John G. Roberts, Jr.

“The elements of my success are quite simple: God, Family, Education, Wisdom, Love and Respect. Those elements are like metal fibers woven into the fabric of my existence. Each strand represents some unique facet of my educational experience in Claremore. It is an education to which I frequently and proudly refer when I give speeches.” ~Judge C. Darnell Jones, II 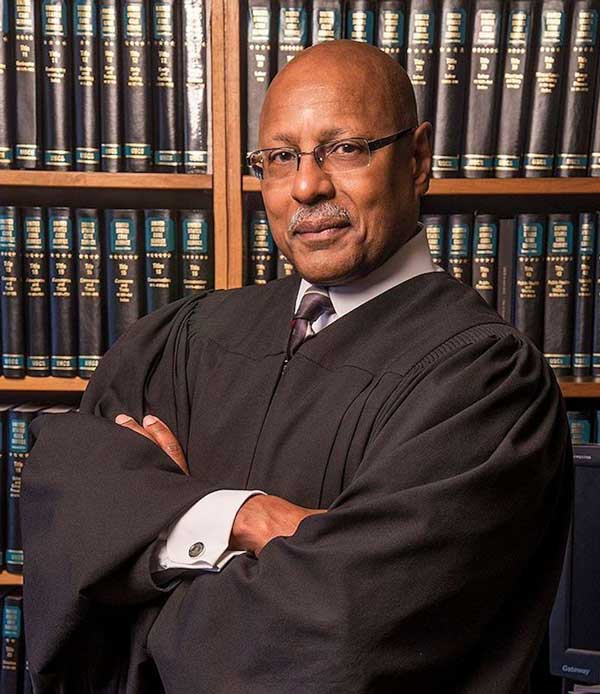 Eagleton graduated from Claremore High School in 1952. She graduated from Stephens College, Columbia, Missouri in 1954 and continued her education at the University of Oklahoma graduating in 1956.

Eagleton continued pursuing her educational goals at the Oklahoma City University Law School and graduated in 1988 with a Juris Doctor Degree – with the number one ranking in her class. In 1989 she began a private law practice in Tulsa –which she maintained until her retirement.

“Surely the most important challenge of our time is to protect and care for our children – to help them recognize and strive for excellence, to help them become productive and caring adults and responsible citizens. This community has made a significant commitment to its children. Our support of the Claremore Public Schools Foundation is an investment in their future and ours.” ~Norma Haddad Eagleton 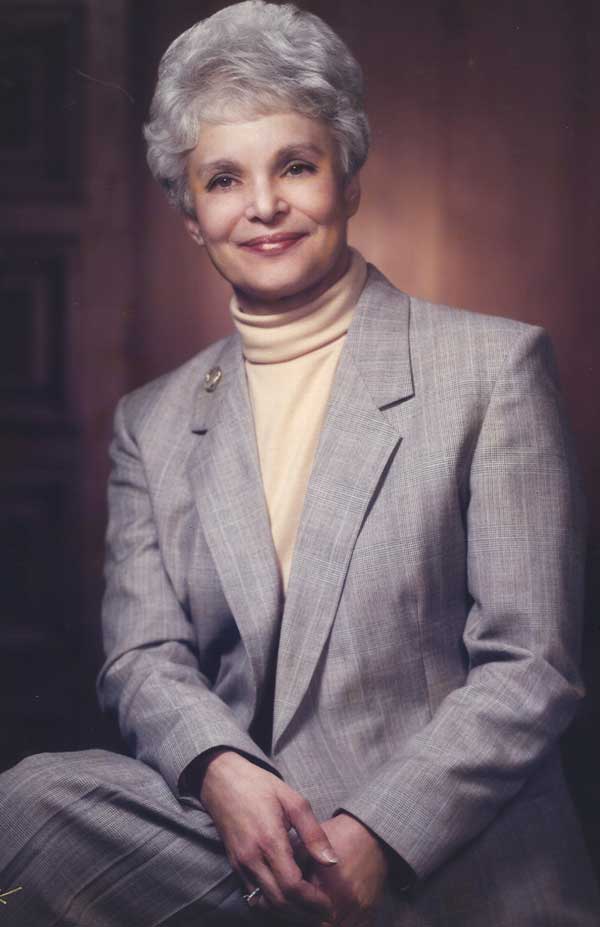 Howell is a graduate of the Claremore High School Class of 1954 and graduated from the University of Oklahoma in 1958. He immediately began work with the J.C. Penney Company as a management trainee and spent the next twenty-five years working in various roles for the company including store manager and district manager before heading to the corporate office in New York. He worked in operations and domestic development before being named a regional vice president, and then senior vice president. In 1983 he was elected as CEO and Chairman of the Board, a position he maintained until his retirement in 1997.

“The quality of our nation’s education system has a direct impact on our country and its economy. It has long-term implications for business in their ability to effectively employ a workforce, and their ability to compete in the global marketplace. In addition, a good education substantially increases an individual’s chances for a prosperous, healthy and full life. There, public and private sectors with all citizens have a stake in ensuring that all of our youth receive
a superior education.” ~W.R. Howell 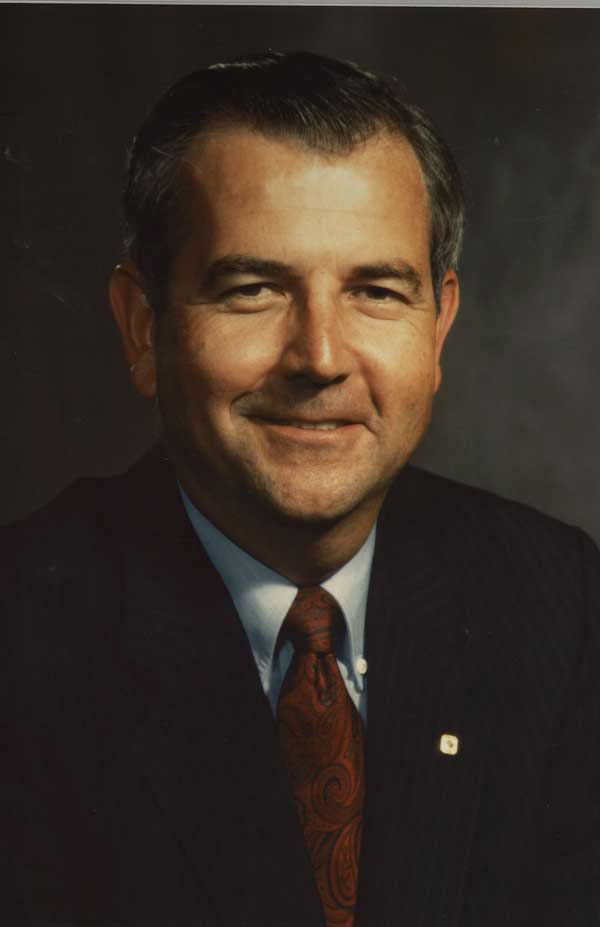 Helen Robson Walton graduated as the Valedictorian of her Claremore High School class in 1937. Following high school, she entered Christian College for Women in Columbia, Missouri, and graduated from the University of Oklahoma with a degree in economics and finance in 1941. She married Sam Walton on Valentine’s Day, 1943. In September 1945, Sam and Helen Walton opened a Ben Franklin “five and dime,” their first retail store, in Newport, Arkansas. In 1950, they moved to Bentonville, Arkansas, and in 1962, they opened the first Wal-Mart. In 1982, Walton established a children’s enrichment center in Bentonville. The center is now called the Helen R. Walton Children’s Enrichment Center and has the goal of educating children from 6 weeks old through pre-kindergarten and assisting other childcare providers to improve the quality of childcare in Arkansas.

Helen also established a scholarship program called the “Walton Scholars,” which helps 150 students annually and helped create a program meant to move students from Central America to the U.S. to learn about democracy and free enterprise.

“It is not what you gather but what you scatter that tells what kind of life you have lived.” ~Helen Walton 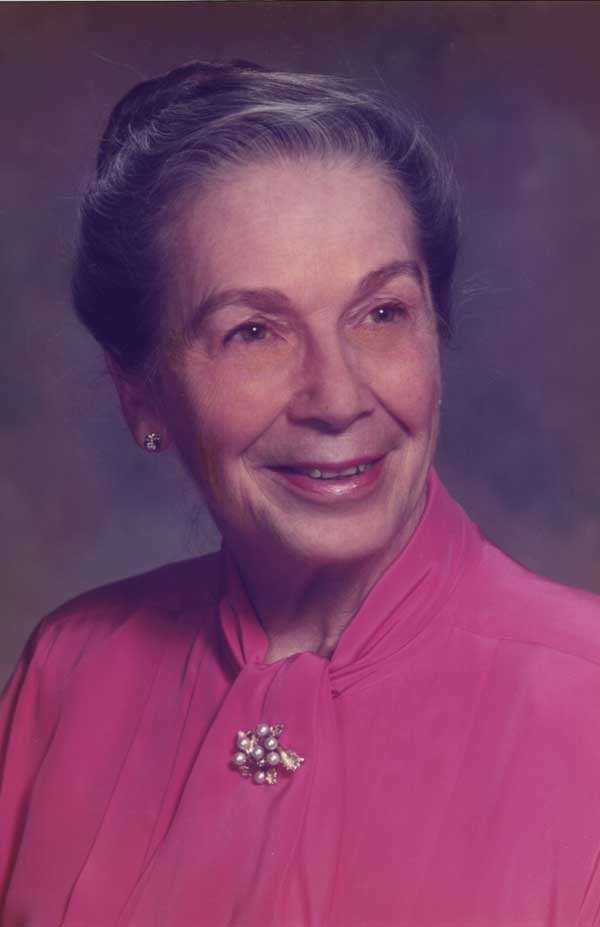